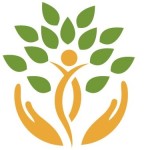 “I must do something” always solves more problems than “Something must be done.” – Author Unknown Here we are in the middle of Naturopathic Medicine Week 2014. For the second year in a row a naturopathic awareness week has been established in what is going to be an annual event. The Senate has again passed a … END_OF_DOCUMENT_TOKEN_TO_BE_REPLACED

Starting a medical practice sounds like a daunting task to many people. Doing it an unlicensed state sounds even harder. It may even bring up thoughts of getting a visit from the friendly local medical police and getting handcuffed in the middle of a patient visit.

The reality is that starting a medical practice as a naturopath in a state without licensure isn’t that difficult and has many advantages. For one, there is lots less competition. This is huge. Many states with millions of people have one or two naturopathic doctors. Some don’t have any. You have a chance of being a rockstar from the get go.

We talk about this idea as well as many others in this conversation with Dr. Christie Fleetwood, ND. She gives us tips from her experience practicing for 8 years in Virginia, an unlicensed state at the time (and still unlicensed as of this posting in June 2015). The only thing that made her leave was her husband accepting a job offer he couldn’t refuse.

Press play to hear more including:

And much more…..Press play to hear the entire conversation.

Lessons from 30 years of Practice – with Dr. Steven King, ND

Starting Your Own Practice with Dan Clements